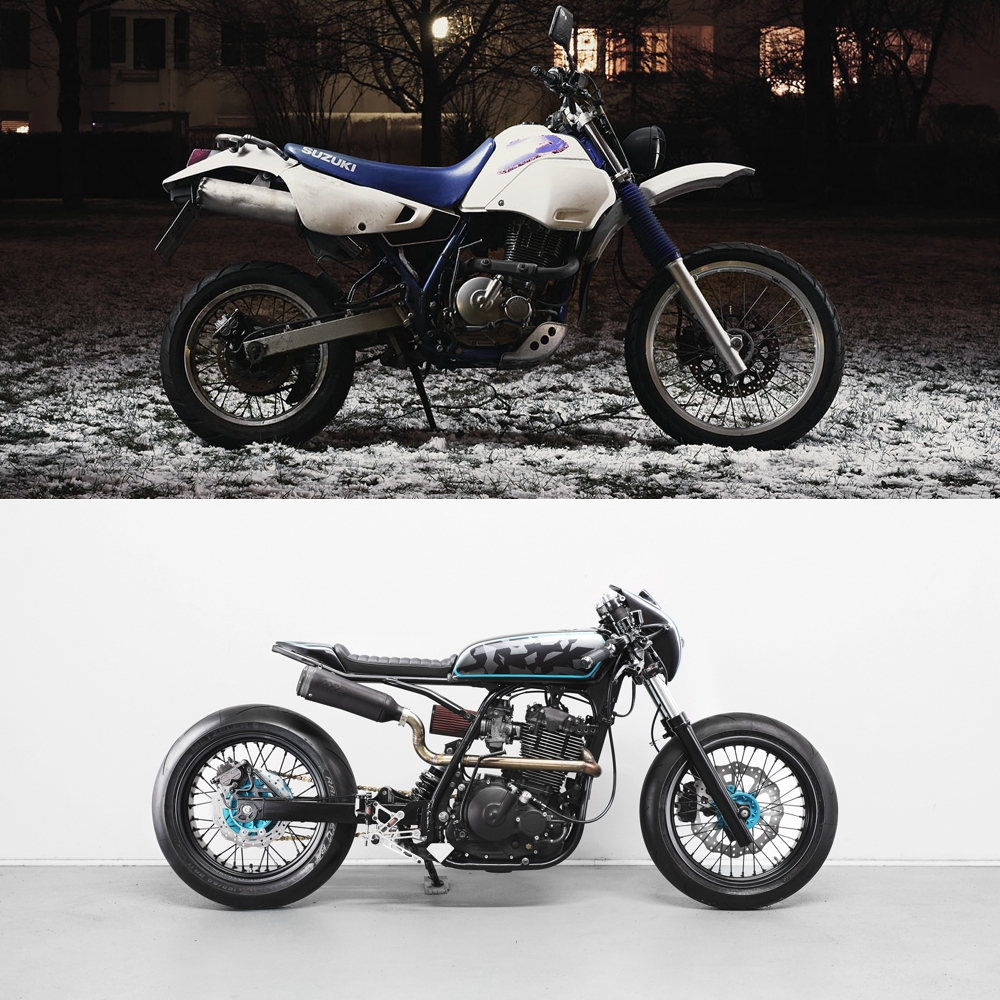 Our biggest transformation build to this day.

This bike is for sale.

For additional info, contact us through the form at the bottom of the site.

A few summers back.
Double Trouble.